Kurt Bassuener is co-founder and Senior Associate of the Democratization Policy Council (DPC), under whose aegis he has published numerous policy briefs, papers, and studies. He has worked professionally on Bosnia and wider Balkan policy since 1997 and resided in Sarajevo since 2005. He has also contributed various analyses and opinion pieces to numerous publications.He also co-authored (with Amb. Jeremy Kinsman) the Diplomat’s Handbook for Democracy and Development Support, a project of the Community of Democracies (see http://www.diplomatshandbook.org). As the project’s Research Director, he authored or co-authored Handbook case studies on Belarus, Burma, Chile, China, Egypt, Ukraine and Zimbabwe. His PhD research at the University of St. Andrews beginning in 2016, will focus on the functional dynamics of postwar power-sharing in Bosnia, Macedonia, and Lebanon. He received his MA in European Studies at the Central European University in Prague in 1994 and his BA in International Relations at America University’s School of International Service (1991).

Valery Perry has worked in the Western Balkans since the late 1990s, conducting research and working for organizations including the Democratization Policy Council (DPC), the European Center for Minority Issues (ECMI), the Public International Law and Policy Group (PILPG), the NATO Stabilization Force (SFOR), and several NGOs. From September 2017 – March 2019 she worked at the OSCE Mission to Serbia as Project Coordinator on a project to prevent and counter violent extremism, having previously worked at the OSCE Mission to Bosnia and Herzegovina in Sarajevo as Deputy Director of the Education Department, and Deputy Director of the Human Dimension Department. She has consulted for the UN Office on Drugs and Crime, the UN Development Program, the Regional Cooperation Council, USAID, IMPAQ International, and other organizations. She received a BA from the University of Rochester, an MA from Indiana University’s Russian and East European Institute, and a PhD from George Mason University’s Institute for Conflict Analysis and Resolution. Valery has published numerous articles and book chapters, has spoken at conferences and policy events in the United States and throughout Europe, and has testified at the U.S. Congress.  In 2019, Ibidem Press/Columbia University Press published a book she edited, Extremism and Violent Extremism in Serbia: 21-st Century Manifestations of an Historical Challenge. In 2015, Ashgate published a book she co-edited with Soeren Keil, entitled, Statebuilding and Democratization in Bosnia and Herzegovina.

Born in 1971, Marina studied at Trinity College, Cambridge, and has an MA Cantab. She came to work in Bosnia and Herzegovina during the ’90s conflict, and has lived in Sarajevo ever since. She has worked for the international community (IOM, OHR and OSCE, focusing on media, property issues and education), and lectured at Sarajevo University. Currently she works for the Organized Crime and Corruption Reporting Project. She has translated three books by local authors from Bosnian into English (Through Bosnian Eyes: The Political Memoirs of a Bosnian Serb, Sarajevo 2002; Bosnia the Good: Tolerance and Tradition, Budapest, 2000; The Denial of Bosnia, Pennsylvania, 2000), as well as numerous essays. She also published some journalism with The Observer and the The Guardian, and with Valery Perry has written about local education problems in Education and Internally Displaced Persons (Continuum, May 2012).

Iryna Chupryna is a Kyiv-based NGO activist with a long track-record of work in policy research, project management, monitoring and evaluation and fundraising. She is a graduate of Kyiv-Mohyla Academy with master’s degree in Cultural Studies. She also holds a master’s degree in European Studies from the European University Viadrina and a master’s degree in International Public Policy from the University College London. Recently she has been working as Project Manager and Grant Coordinator for the influential Ukrainian media NGOs, Internews Ukraine and Telekritika. As a Kyiv-based senior analyst of Democratization Policy Council, she has contributed a Policy Note and a number of blogs on Ukraine’s political events, including the Euromaidan revolution.

Toby Vogel is a writer on foreign affairs based in Brussels. In 2007-14, he was a political reporter with the newsweekly European Voice (now defunct), and previously associate editor with Transitions Online (www.tol.org) and a regular contributor to RFE/RL’s “Newsline”, based in Sarajevo. He has worked with the International Rescue Committee and the United Nations Development Programme in New York, Bosnia-Herzegovina, and Kosovo and holds degrees in philosophy from the University of Zurich and in political science from the New School for Social Research. He is a senior associate of the Democratization Policy Council (Washington, D.C., and Berlin) and in 2003 was a Mellon Foundation fellow in humanitarian action at City University New York.

Bodo Weber is a Senior Associate of the Democratization Policy Council concentrating on the Western Balkans, German and European foreign and security policy, transatlantic relations, Ukraine and Turkey. Within the area of Western democratization policy he has specialized on rule of law promotion, police reform and decentralization He also works as a political consultant for political foundations and international organizations in Germany and the Balkans. In the 1990s, he worked as an editor with Perspektiven (Frankfurt/Main), a journal, and served as a board member of the Bosnien-Büro Frankfurt. He has published numerous articles and analytical papers on EU & US Western Balkan policy and frequently appears in regional media. He is the co-author of two Bosnia security studies and author of The crises of the Bosnian-Herzegovinian universities and the perspectives of junior scholars, Friedrich-Ebert-Stiftung, Sarajevo 2007. Weber has an MA in political science from the Johann-Wolfgang-Goethe-University in Frankfurt/Main. He lives in Berlin.

Patrick is a reporter and writer in Brussels, where he has covered policy debates in the Parliament, Council and among stakeholders since 2013. He began his collaboration with DPC while in Sarajevo in 2012 with a review of the European Commission’s annual Progress Reports for Bosnia and Herzegovina (Policy Note No. 1). Since, he has continued his collaboration from Brussels, contributing in 2013 with a second review of the progress reports (No. 5) and an advanced preview (No. 11) in 2015.
His Master’s thesis, “High Linkage, Low Leverage and the Three Competitive Authoritarian Regimes in Bosnia and Herzegovina: Explaining Regime Durability,” was accepted by the University of North Carolina – Chapel Hill in the Spring of 2012. 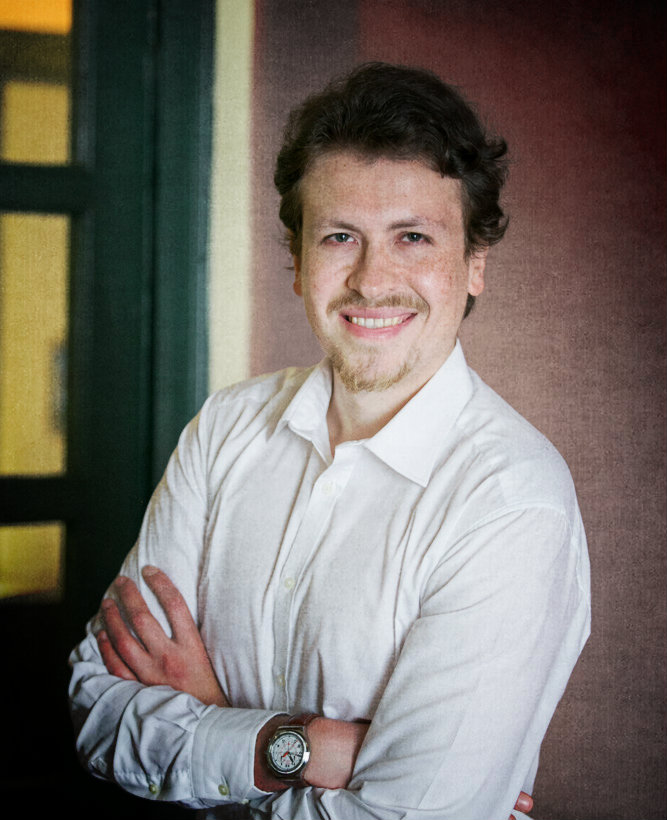 Born in 1987, Saša Kulenović obtained his Master’s Degree in international affairs at Johns Hopkins University SAIS in 2013 and subsequently developed a professional background in project management and political analysis. Throughout his career he has worked for think tanks, NGOs and as an independent researcher and freelance journalist for geopolitical magazines. His research has mainly revolved around geopolitics, democratization in transitional countries, peace building and security-related issues, with a focus on the Western Balkans and the Middle East. Some of the institutions he has worked for are the Center for Democracy and Reconciliation in Southeast Europe, the Center for International Studies in Rome and the Global Citizens’ Initiative.