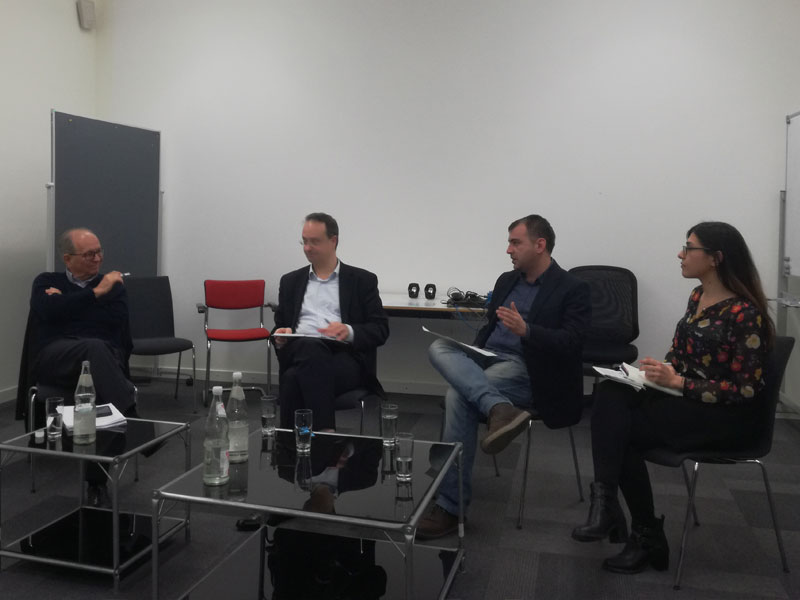 On December 6, 2017, DPC kicked off a new cooperation with the esteemed Berlin-based Hertie School of Governance students’ Hertie International Relations Club (IRC) with a joint event entitled “Integration before enlargement? – the EU, the Western Balkans and the illiberal member states.” The event was the first in a series on the topic “The EU’s troubling democratic legitimacy abroad and within: enlargement, illiberal member states and future EU reform.”

During the discussion, aimed at shedding light on the impact of growing illiberalism within the European Union (EU) on its enlargement policy in the Western Balkans, Ljupcho Petkovski offered a definition of illiberal regimes from the perspective of Macedonia’s recent experience with the Gruevski regime. Bodo Weber set forth his view of why and how the growing illiberalism within the Union undermines the case for further enlargement from within, as well as the democratic reform conditionality toward (potential) candidate countries in the Western Balkan region from without. Professor Ischinger stressed that enlargement is probably the EU’s biggest success story. He expressed hope that illiberal regimes in Hungary and Poland would not last forever. He criticized the Union for neglecting the Western Balkans for so long and stressed the need for the EU to uphold strict conditionality on democracy and the rule of law. Ljupcho Petkovski admitted that the Union’s transformative power has suffered in the past due to Brussel’s inconsistent policy toward the Gruevski regime. Nevertheless, he stressed, EU membership remains the aim of a majority of Macedonian citizens.