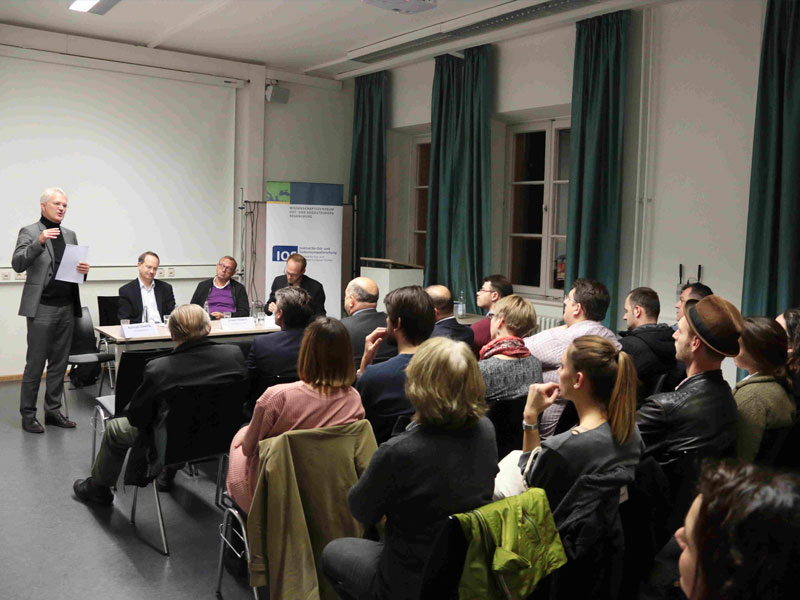 Senior Associate Bodo Weber participated in a public event at the Institute for East and Southeast European Studies (IOS) in Regensburg concerning the progression and current crisis of the EU-led Kosovo-Serbia Dialogue. Weber was a participant in a panel discussion on “Kosovo, Serbia and the EU” together with Enver Robelli, Zurich-based correspondent of Tagesanzeiger and Koha Ditore, moderated by Dr. Conrad Clewing and Dr. Pieter Troch from the IOS.

During a lively debate, Robelli described the current crisis the Dialogue has fallen into and the distrust a majority of Kosovo citizens have developed towards the Dialogue. Bodo Weber traced the roots of the crisis back to the EU’s failure to formulate a strategic masterplan for the Dialogue, including any concrete idea about the endpoint of the process. That failure, he argued, led the EU to regularly resort to tactical compromises, and enabled governments in Prishtina and Belgrade to tactically slow down implementation of the Dialogue agreements – moves that have proven damaging to the Dialogue process. He stressed that discussions that began at the July Brussels meeting about a recalibration of the Dialogue, need to aim at filling that strategic gap. He asserted that, upon taking office, the new German government must take responsibility and assume leadership of the Dialogue process that it initiated in 2011.