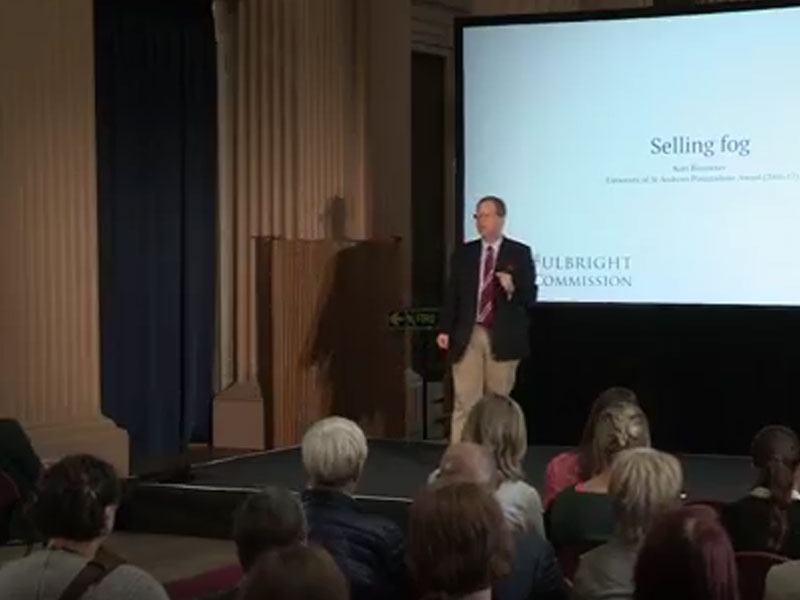 Kurt Bassuener, a Fulbright Scholar at the University of St. Andrews, gave a speech entitled “Selling Fog” at the US-UK Fulbright Commission’s Endcap conference in Edinburgh.

In his remarks, (delivered as a TED-style talk) he noted the commonalities between nationalist-populist cultivation of grievance in the former Yugoslavia and in many Western democracies. For illustrative purposes, he employed the South Slavic language term prodaja magle (selling fog) – to attempt to get an audience to find value in the formless, and the Ottoman Turkish (and pan-Balkan) term inat, commonly translated as “spite,” but actually closer to the German Schadenfreude in meaning.