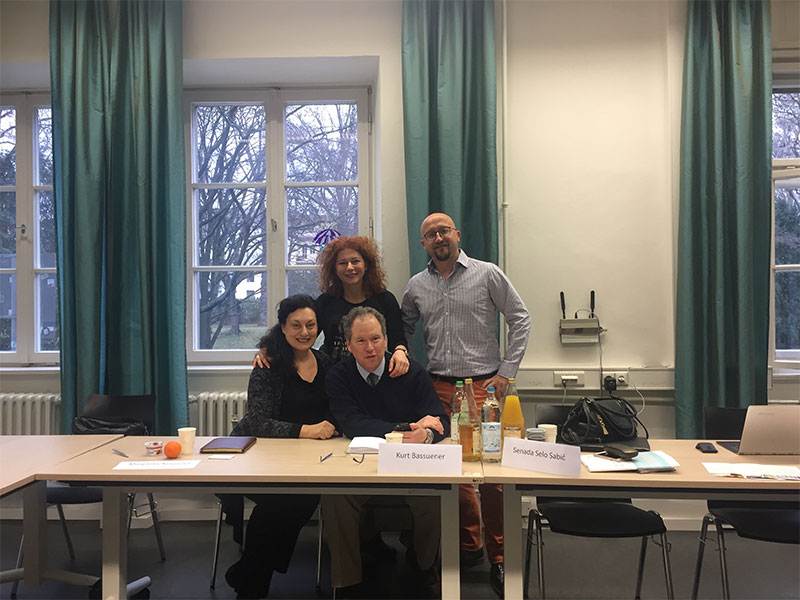 DPC Senior Associate Kurt Bassuener participated in a workshop hosted by the Institute for East and Southeast European Studies (IOS) at the University of Regensburg as part of “The Great Powers in the Post-Yugoslav Sphere” book project jointly implemented by Soeren Keil of Christ Church University in Canterbury and Bernhard Stahl at the University of Passau, with support from the Friedrich Ebert Stiftung. Drs Keil and Stahl intend to publish the completed work, now in gestation, as an edited volume. Kurt presented his draft chapter entitled “The Reluctant, Intermittent Interventionist” which concerns the role of the United States in the former Yugoslavia from 1991-to date. His central argument is that the traction gained by Russia, Turkey, China and other bilateral actors in the region is a direct result of a failed joint Western strategy and policy coherence. The US, having ceded the overall direction of policy in the region to the EU, has had to periodically intervene in crisis response. Fellow presenters were Dr. Stahl (an overview), Dr. Keil (on the EU), Zeynep Arkan of Haciteppe University (on Turkey), Margarita Assenova of the Jamestown Foundation (on Russia), Jelena Džankić of the European University Institute (on Montenegro), Mladen Mladenov (on Serbia), Gëzim Krasniqi (on Kosovo), Senada Šelo-Šabić of the University of Zagreb and IRMO (on Croatia), Ana Bojinović Fenko (on Slovenia), and Adnan Huskić (on Bosnia and Herzegovina).